JACKSON – The Mississippi Secretary of State's Office is proud to announce and welcome two new additions to the Senior Staff team.

"Anytime any organization, public or private, has the opportunity to bring such talented leaders like Lauren and Wade to its team, they’d jump at the chance," said Secretary of State Michael Watson. "To have both of them join us at the Secretary of State’s Office speaks to the strong reputation our team has built as a premier state agency at which to work and serve. We’re focused on attracting as much talent as possible to execute our duties to serve all Mississippians to the degree they deserve." 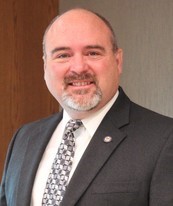 Wade Hinton joins the SoS Office as the Assistant Secretary of State for the newly-created External Affairs Division. Some of Mr. Hinton's key responsibilities include developing partnerships with industry and business leaders throughout the state for economic growth opportunities, overseeing legislative affairs, and managing our satellite offices in North and South Mississippi. He will also play a significant role in our staff's professional development. Mr. Hinton brings 16 years of experience in Secondary Education and seven years of experience in ministry work. He received his Math and Secondary Education Undergraduate Degrees from Belhaven University, his Mathematics Graduate Degree from The University of Mississippi, and his Educational Leadership Degree from Lamar University. Mr. Hinton was born in Jackson County but now resides in DeSoto County with his wife, Sondra, and three kids: Jay, Josie, and Louis. 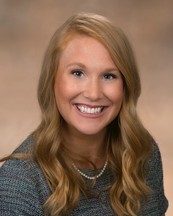 Lauren Tunberg returns to the SoS Office as our Chief Administrative Officer. She manages all aspects of Human Resources for the agency and serves as a liaison between Executive leadership and agency staff. Mrs. Tunberg brings 13 years of work experience in state government. She spent the first 11 years of her career at the SoS Office where she served as Executive Assistant to the Chief of Staff and later, Deputy Human Resources Director. In 2018, Mrs. Tunberg left the SoS Office to join the Mississippi Department of Agriculture and Commerce, where she served as the Human Resources Director. In January 2020, Mrs. Tunberg joined the staff at the Office of the State Treasurer as Chief Administrative Officer, where she played a vital role in State Treasurer David McRae's transition into office. She earned a Bachelor's degree in Communications from Mississippi College and continues to live in Clinton with her family.